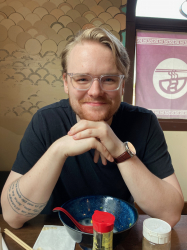 So, if you want to try out unarmed Fallout 76 builds, this is the perfect place to start, and it will break down three strong Fallout 76 unarmed build ideas that any player can pick up and have fun with.

Unarmed builds in Fallout 76 are all about getting up and close to enemies to wreak havoc with unarmed weapons like brass knuckles and Deathclaw gauntlets. The builds focus on keeping you on your feet while closing the gaps to enemies using ranged weapons.

This makes the builds work exceptionally well both for solo and team play. Playing in a group works very well with other players running ranged builds to help take out further away enemies.

The tanky nature of these builds also helps them work well in boss fights and endgame content because they can stand up to so much damage. These builds are also supplemented extremely well with Chems and food that help keep up your performance and help you stand up against powerful enemies.

This build is one of many in Fallout 76 that takes advantage of the powerful Bloodied trait. This trait increases the player’s damage when they fall below certain health thresholds. This makes this build very risky to play since you will rarely be at max health, but it can also reach some of the highest damage levels in the entire game.

However, many of the perk cards in this build only apply if you aren’t wearing power armor, so you may want to use a second loadout slot for when you need power armor. If that sounds good to you, here’s everything you need to know to pull this build off.

For your attributes in this build, you’ll focus primarily on Strength to maximize your damage as well as Agility to help you get in by enemies and keep you on your feet.

Your Strength perks will focus on buffing up your melee damage, making your block safer, and helping you tear through enemy armor.

Since you’ll be able to take one Perception perk, feel free to swap this one for anything else that sounds beneficial, but I recommend using it to buff your damage against some of the more challenging enemies in Fallout 76.

Your Endurance in this build isn’t exceptional but is high enough to get a few perks that we’ll use to help you stay on your feet for longer despite staying at low health most of the time.

With the little bit of Charisma this build allows, you’ll use it to help make your mutations stronger and weaken enemies when you hit them.

Your Intelligence in this build is also very low, so you’ll use it for one maxed-out perk to help capitalize on your bloodied status.

With your Agility being maxed out in this build, you’ll have to equip a handful of perk cards that will help you move around the battlefield, deal damage, and make quick work of enemies.

Your Luck in this build is a decent level at 11, so you’ll be equipping four max-rank cards to help round out the build.

Just make sure you don’t equip Starched Genes until you have all of the mutations for this build that are listed further down.

Mutations are gained by exposing your character to radiation until it permanently warps them. Each mutation has positive and negative effects, so getting the right ones can help buff up any build to help them become even more powerful. The mutations you’ll want for this build are:

The equipment you have largely depends on what drops you are lucky enough to get during your playthrough randomly. However, there are some optimal choices. Your best three options are the Gauntlet, Power Fist, or Deathclaw Gauntlet for a weapon.

You want to find one that increases your Strength swing speed and have Bloodied for any three. For the Gauntlet, you’ll want the Shock Pads Mod, while for the Power Fist, you want Puncturing, and for the Deathclaw Gauntlets, you want Extra Claw.

For your armor, you want either a complete set of Secret Service Armor, Brotherhood Recon Armor, or Thorn Armor to reflect damage to attackers. For your armor god roll, you’ll want legendary effects of five unyielding, +1 Strength, four Cavalier, improved sneaking, and the following mods: Ultra-light build on legs, Brawling, and Weighted on arms, and Jet Pack, Pneumatic, or Asbestos Lining on the chest.

This build is for unarmed players who want to soak hits while still hitting hard. However, this build relies heavily on having the proper armor and plenty of food and Chems to keep it going.

So, this build is not recommended for leveling and should be attempted once you have plenty of resources built up and can respec into it. In particular, you’ll have to have plenty of the following consumables.

Your attributes for this build are essentially the same as the previous build in that it emphasizes high Strength and Agility and uses Luck to round things out.

This does give you a lot fewer points in the other attributes, but you’ll still be able to put them to good use.

Your Strength Perks play an integral in this build. They help buff up your damage, keep you on your feet, and will allow your attacks to come out quickly enough to put down some severe damage.

Since you’ll only be able to equip a single perk card at just the first rank, you’ll want to use it to deal some extra damage to the more challenging enemies in the game.

Your Endurance isn’t very high for this build, but you can still use it to get your hands on a few perks that will help keep you on your feet no matter what the situation is.

Your Charisma perks will primarily focus on allowing you to play well in a team, so if you’re playing solo, you can swap them out for anything that fits your playstyle.

With your low Intelligence score, you’ll be only able to take one maxed out perk card, so you’ll want to use it to help you out when you get in a sticky situation.

With your maxed-out Agility score, you’ll have plenty of points to spend on perk cards to help you deal more damage and stay on your feet.

With how high your Luck is in this build, you also will be able to take several perk cards for that attribute as well. These will help round out the build by giving you more mobility, sustainability, and damage.

Once you start getting Legendary Perk card slots for this build, you’ll want to use them to round it out and help you take the damage coming your way.

Mutations play a significant role in this build like they do in all others. You’ll wYou’ll make sure you get all of them before you equip the Starched Genes to perk.

Since you shouldn’t attempt this build until you have spent a fair amount of time in the game, you’ll likely have some strong weapons and gear for this build. However, there is some particularly optimal gear you can grind for to make this build ready for late-game content.

You’ll want to use gauntlets that increase your Strength for your weapons. You should try to get a complete set of Thorn Armor with +1 Strength, Unyielding, and Sentinels for armor.

This build is built entirely around capitalizing on the Legendary Perk Exploding Palm. This means that this is another build that you definitely shouldn’t try this build until you are pretty high level.

This build’s reliance on Legendary Perks means that it is most viable once you reach level 300, which is pretty high for most players.

The attributes for this build are a bit different than the previous two because none of them are maxed out to instead take full advantage of perks in Strength, Agility, Luck, and Charisma all in one build.

Your Strength perks will be focused on buffing your damage a bit and helping keep you on your feet since this build has lower health than many other unarmed builds.

Since you only have enough points for one perk card for Perception, you’ll want to use it to buff up your explosions.

With an Endurance of only five, you’ll use perk cards to help keep you on your feet.

With a Charisma of nine, you’ll be able to get a few different perks that help round out this build’s playstyle.

Like the other builds above this one, you’ll use your one Intelligence perk point to get some benefits when your health falls too low.

With your nearly maxed out Agility, you’ll be able to take numerous Agility perks as well. These will help you take full advantage of your Action Points and help you get up close to enemies.

The Luck in this build is pretty high, so you’ll be using those perks to help out the build by increasing critical damage, letting you escape some damage, and helping buff you up when you run low on health.

For Legendary Perks, you’ll want to get Exploding Palm maxed out as quickly as possible. Following that, you should get Hack and Slash ranked up to buff your melee attacks before raising your S.P.E.C.I.A.L. attributes as high as possible.

This build doesn’t use too many mutations, but they are each important, so you’ll want to ensure you have all of them before equipping the Starched Genes perk.

Both weapons you have equipped for this build must have the Vampire trait. This will allow you to keep your health up even when you’re taking a ton of damage while focusing on you putting out damage.

For those weapons, I recommend using the Mole Miner Gauntlet and Unstoppable Monster, with both having 40% faster swing speed. For armor, you’ll want to get your hands on a complete set of Unyielding Secret Service Armor to make the most out of this build.

Answer: Yes, unarmed builds can be extreme in Fallout 76. Every build type is viable, and each offers a different experience for players.

Question: What counts as unarmed in Fallout 76?

Answer: Unarmed weapons in Fallout 76 include weapons that just attack your fists like boxing gloves, deathclaw Gauntlet, and the power fist.

Question: How do you get the deathclaw Gauntlet in Fallout 76?

Answer: To craft a deathclaw gauntlet, you first need to get your hands on a deathclaw hand by killing deathclaws somewhere in the game world.

Unarmed builds can be a ton of fun for Fallout 76 players to try out and experience. They play very differently from most other builds in the game and give players access to a range of new gear and equipment to have fun with and check out.

Most of them also translate very well to melee weapon builds by just swapping out a few perk cards if there is a different weapon that you end up wanting to try out for a little while.